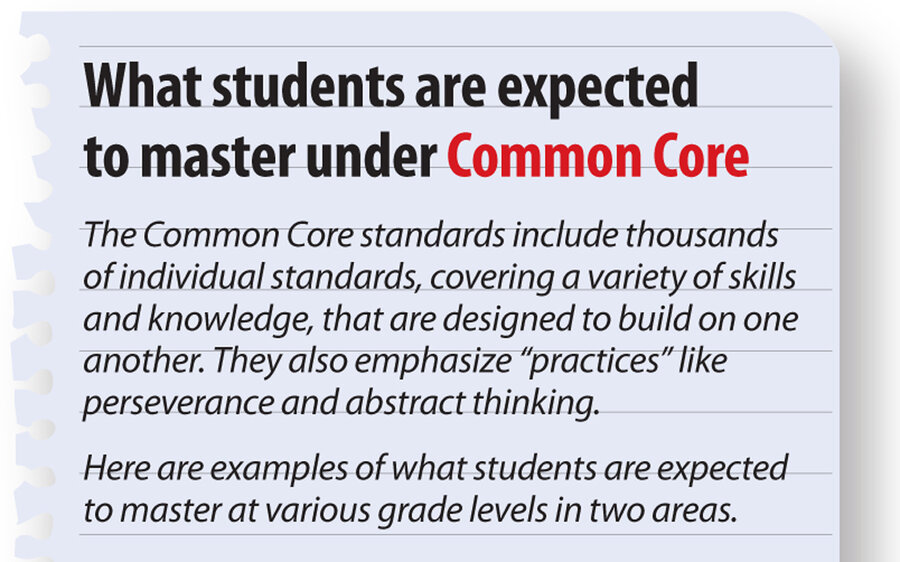 What is Common Core Education?

What is Common Core education? You may be asking yourself that same question. In this article, we’ll discuss the standards, their impact and their opponents. Read on to find out more about Common Core education and its opponents. Hopefully, you’ll feel more informed about this controversial educational initiative. However, keep in mind that the Common Core initiative didn’t come about in a vacuum. The idea was to get students in different states to learn the same things and take the same tests.

The Common Core standards for education are intended to improve education by focusing on essential concepts and procedures in the early grades. These standards were derived from various international models, research, and input. They have undergone many drafts and rounds of state feedback, representing a synthesis of the best elements of standards work in countries across the world. This article offers an overview of the changes and their implications for the field of education. But what exactly are the changes?

The goals of Common Core are to provide an effective curriculum for all students, from pre-kindergarten through college. The standards are meant to ensure students complete high school on time and be prepared to enter the workforce. These standards are aligned with the expectations of different states, making it easier for students to work toward their grades. Additionally, they are meant to help ensure that teachers and students alike are equally prepared for college. In addition, these standards were developed to be consistent across all states and schools.

While the Common Core was designed to improve educational outcomes, the idea was attacked for political reasons. Conservatives, liberals and lawmakers all opposed the idea, arguing that it would limit teachers’ ability to provide individualized instruction. President Obama encouraged states to implement “college and career-ready standards,” which many interpreted as code language for the Common Core. This process is also known as “race to the top.”

As of June 2013, more than forty states had adopted the Common Core standards sight unseen, a requirement to qualify for $4.5 billion in Race to the Top federal funds. The final draft was released in June 2010, but many states had already signed up. The Common Core was designed to correct this flaw, says Rick Hess, the director of education policy studies at the American Enterprise Institute. But how did it get there? And why did it become so controversial?

A new report examining the impact of the Common Core is currently in the works by the Hechinger Report. The goal of the report is to determine if the standards are having a positive or negative impact on academically underserved students. In the report, Bleiberg focuses on eight states to assess how Common Core has been implemented. The author notes that some states have already begun implementing the new standards and are seeing positive results.

A new policy paper focuses on the politics of Common Core and the cross-party polarization that fuels its opposition. Authors explain the right’s shift toward Common Core and how it has converged with left-wing groups. The paper’s release came at an event by New America titled “Margin to Mainstream: The Left-Right Fight Against Common Core,” and featured panelists from both political parties.

While Common Core’s proponents see it as a reasonable education reform, they are far less successful in articulating a compelling rationale for the standards. They often fail to anticipate or respond to the political backlash they have received. In addition, their efforts to counter the volume and speed of Common Core opponents’ messaging have fallen short. Here are some ways to make Common Core education’s opponents think twice before supporting it.

Conservative states with ambitious leaders are among the most powerful in the fight against Common Core. Those states include South Carolina and Louisiana, two states where Republican presidential candidates are running for office. These conservative states are home to many parent activists who oppose Common Core. They fear that Common Core tests will be used as proof that American public schools are failing. But the broader GOP primary electorate is conservative, which may help explain why Common Core opponents are able to influence voters in these states.

What is Common Core education? You may be asking yourself that same question. In this article, we’ll discuss the standards, their impact and their opponents. Read on to find out more about Common Core education and its opponents. Hopefully, you’ll feel more informed about this controversial educational initiative. However, keep in mind that the Common…

What Is Executive Education?

The Importance of Brown vs Board of Education